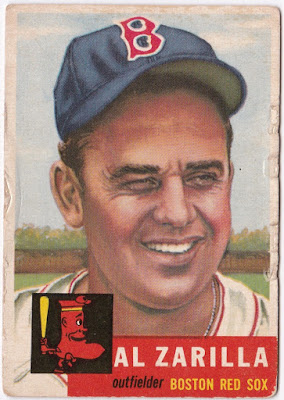 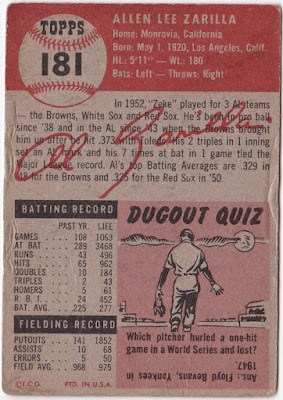 "His Walk About" - Al Zarilla played ten major league seasons, losing one year to military service in 1945, primarily with the St. Louis Browns.  He also spent a few seasons with the Red Sox and White Sox.  A .276 career hitter, Zarilla batted .325 or higher in two separate seasons and made an All-Star team.  He retired with 975 hits and 61 home runs, and was an everyday starter for the NL Champion St. Louis Browns in 1944.

"More of a love bite really..." - This card has some issues along it's edges, rounded corners, and that "dirty" look that is starting to become somewhat familiar to me with these 53's.  None of that really matters to me, and it's a more than acceptable copy for my set. 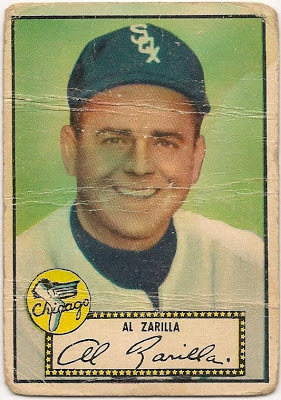