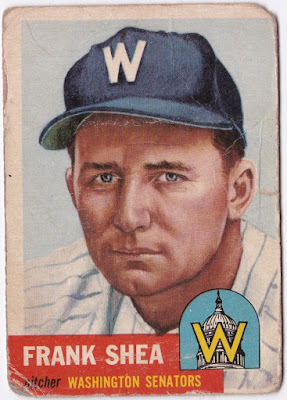 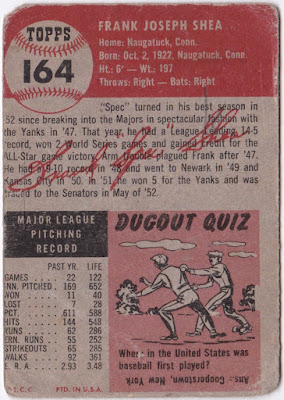 "His Walk About" - Shea pitched in 8 major league seasons, amassing 56 wins and throwing 48 complete games.  Shea retired with a 3.80 ERA.  His best season came as a rookie in 1947, when he posted a 14-5 record, was named an All-Star (and was credited with the win in the ASG), and finished 3rd in Rookie of the Year voting.  He also injured a neck muscle that season, missing seven weeks, and would pitch through pain for the remainder of his career.  However it didn't stop him from starting games one, five, and seven of the '47 World Series for the Yankees, earning wins in games one and five, and the Yankees ultimately winning game seven and the series as well.

"That's Not a Knife" - It's phone call from Robert Redford.  During production for the film "The Natural," Redford called "Spec" Shea for a pitching consultation, and Shea coached Redford on how to pitch in an old-time style.

"More of a love bite really..." - This card has more than it's share of creasing and some fairly significant corner wear, but is still in more than acceptable condition. 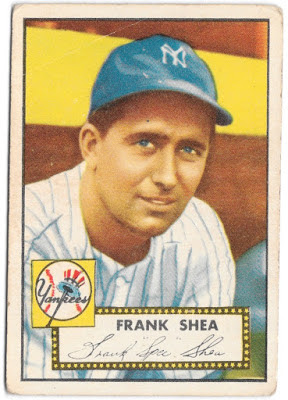