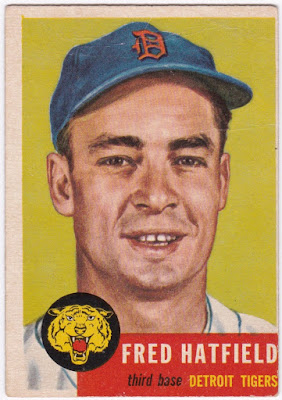 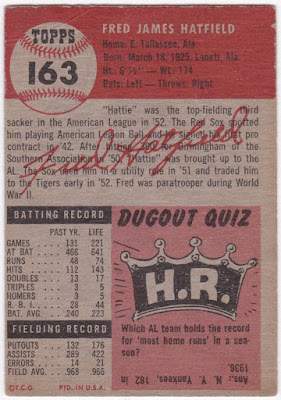 "His Walk About" - Hatfield collected 493 hits over parts of 9 seasons spent primarily with the Tigers, White Sox, and Red Sox.  When this card was released Hatfield was coming off his best season (split between Boston and Detroit) in '52, in which he had 112 hits between the two clubs.  That would be his career high.

"That's Not a Knife" - It's an inductee into the Florida State Seminoles Hall of Fame.  Hatfield served as head coach for the FSU baseball team for five seasons and was later inducted into their Hall of Fame.

"More of a love bite really..." - This is one of the more off-centered 53's I've run across, but it strangely seems to make the card more attractive.  For some reason I feel like it makes the yellow background pop a little bit more. 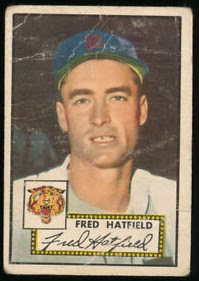