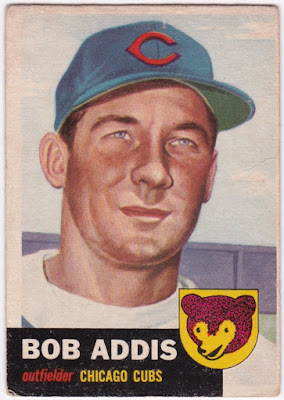 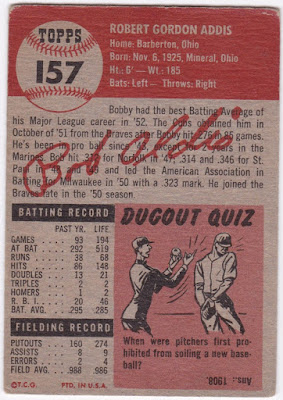 "That's Not a Knife" - It's a United States Marine.  After signing with the Yankees and playing in their farm system in 1943, Bob skipped the '44 and '45 seasons to serve in the Marine Corps.

"More of a love bite really..." - The corners aren't what anyone is going to call "sharp," and it's a bit off-centered, but otherwise this card is in perfectly acceptable condition. 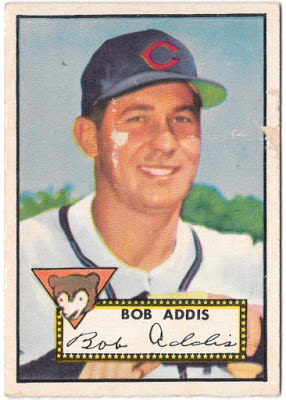