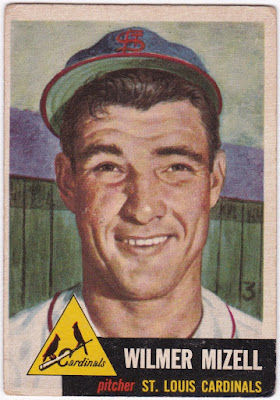 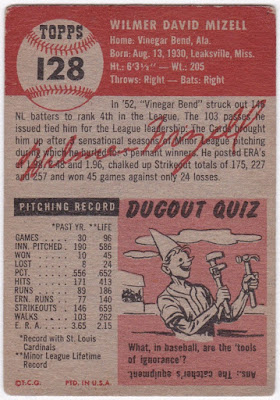 "His Walk About" - "Vinegar Bend" compiled a 90-88 record as a pitcher with a career ERA of 3.85 over 9 MLB Seasons.  The two years he lost to military service were sandwiched between 13 and 14 win seasons, so it's no stretch to suggest he would have otherwise reached the century mark for wins.  He spent the majority of his time, including his only All-Star appearance ('59) with the Cardinals, but also played for the Pittsburgh Pirates, and wrapped things up with the inaugural New York Mets season in 1962.

"That's Not a Knife" - It's Watergate fall out.  Mizell served three terms in Congress as a Representative from North Carolina.  He was unseated by a Democratic challenger along with a number of other Republicans in the aftermath of Watergate.

"More of a love bite really..." - This card has that sort of "dirty look" but is otherwise in pretty good shape.  I'm not quite sure how to describe the "dirty look," other than to say I see it often.  It's not fading per se, or scuffing, it just has sort of a layer of dirt to it? 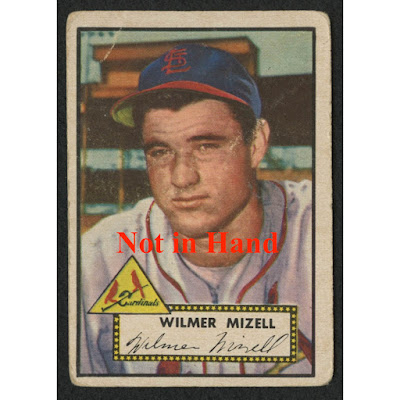