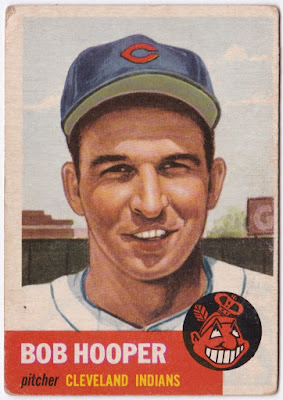 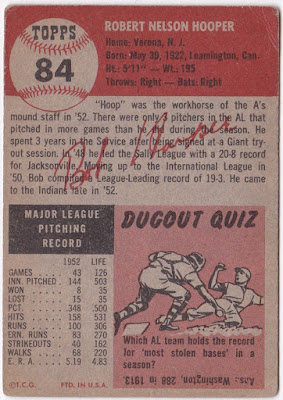 "His Walk About" - The Canadian born Hooper compiled a career record of 40-41 over six Major League seasons with Philadelphia Athletics, Cleveland Indians and Cincinnati Reds.  As a rookie with the Athletics in 1950, Hooper went 15-10 for a last place team that only won 52 games all year.  Hooper hit four home runs as a hitter over the course of his MLB Career.

"That's Not a Knife" - It's a rope and you better start climbing it if you want to pass this class.  Following his playing career, Hooper spent a few seasons managing low level minor league teams in the Orioles system, then a few years as a scout for the Mets, before becoming a P.E. Teacher in New Brunswick, New Jersey.

"More of a love bite really..." - This is another card that is in very nice shape.  These 53's, when compared to the 52's, have so far proven much easier to find in decent shape at a decent price. 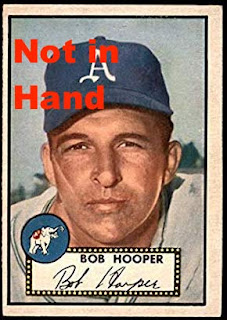