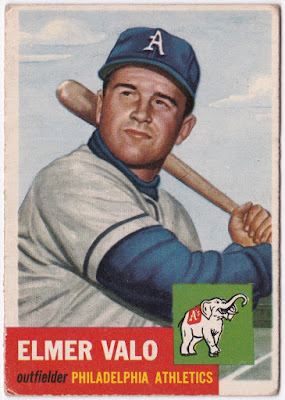 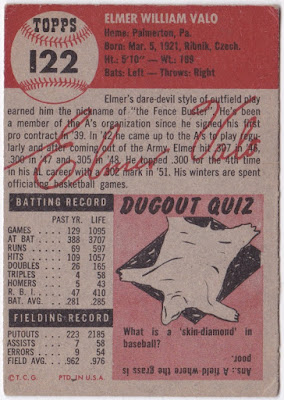 "His Walk About" - Between 1940 and 1961 Elmer Valo appeared in Major League games in 20 different seasons, 15 of them with the Philadelphia and Kansas City Athletics.  He spent brief stints with five other franchises as well.  A .282 career hitter, Valo compiled 1,420 hits, and batted over .300 on five different occasions.

"More of a love bite really..." - Some corner wear is the only thing I can really find to nitpick about with regards to the condition of this card.