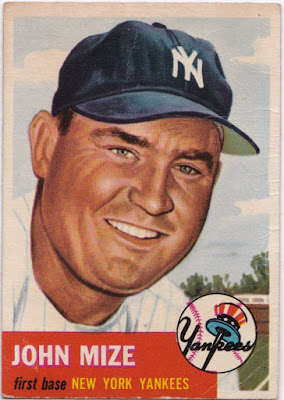 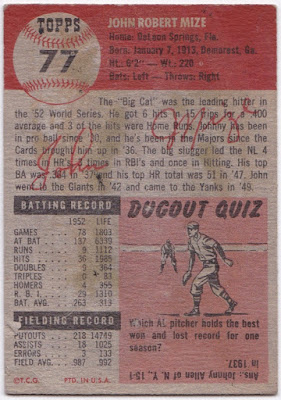 "His Walk About" - Mize made his MLB debut in 1936 with the St. Louis Cardinals.  Over the next 18 years he'd play 15 MLB seasons (he lost three years to military service in his prime) and be named to ten All-Star teams.  Along the way, he played for the Cardinals, New York Giants, and New York Yankees, making at least one All-Star team with each squad.  A 4x League Leader in Home Runs, Mize would retire with 359 homers, 2,011 hits, and a .312 lifetime average.  In 1939 Mize just missed winning a Triple Crown, when he led the NL in home runs and batting average, but finished 3rd in RBI's.  Before ending his walkabout with an induction ceremony in Cooperstown, Mize won five World Series Rings with the New York Yankees.

"That's Not a Knife" - But it is some extremely impressive baseball pedigree.  Mize's wikipedia page describes him as being a distant cousin of Ty Cobb, and a "second cousin married" to Babe Ruth.  I'm not sure what that means, but when you lead the league in homers four times, and make ten All-Star teams I'm inclined to think it means something.

"More of a love bite really..." - This card may have been glued to inside a scrap book at some point in its history, given the stain pattern on the back and the way the wrinkles along the front edge give the appearance of having been peeled off of a page.  That said, it's still a very nice looking card. 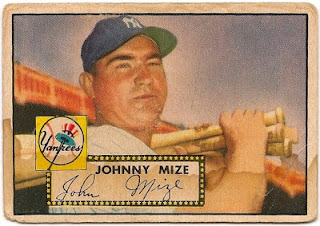