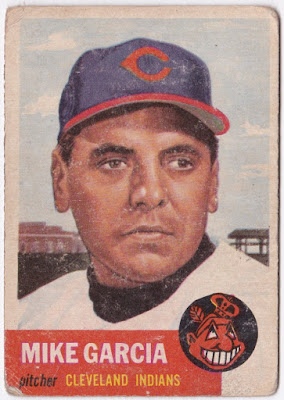 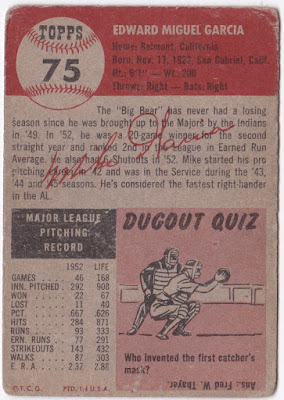 "His Walk About" - Over the course of 14 MLB Seasons Mike Garcia compiled a 142-97 record and posted a 3.27 ERA.  A three time All-Star, Garcia twice won 20+ games and had a four year stretch where he won at least 18 games each year with the Indians.  He spent his first 12 seasons in Cleveland forming a formidable rotation along with Bob Feller, Early Wynn, and Bob Lemon.  "The Big Four" led Cleveland to the AL Pennant in 1954.

"That's Not a Knife" - But it was a cigarette, and those things will kill you too.  "Mexican Mike," as the Cleveland press dubbed him, served as a sponsor of Camel Cigarettes during his playing career.  Hard to imagine Clayton Kershaw pitching cigarette ads today.

"More of a love bite really..." - This card suffers from some fairly significant "snow" on the front and also boast the usual well rounded corners.  Ultimately, I'd say it's in pretty good shape and see zero reason to seek an upgrade. 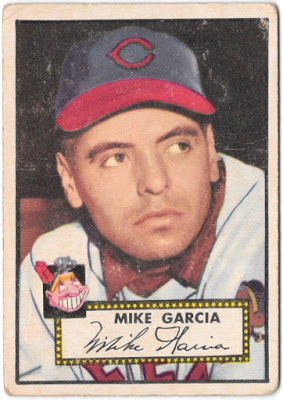