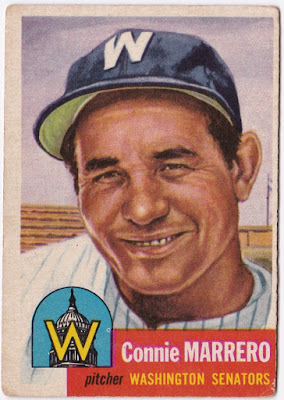 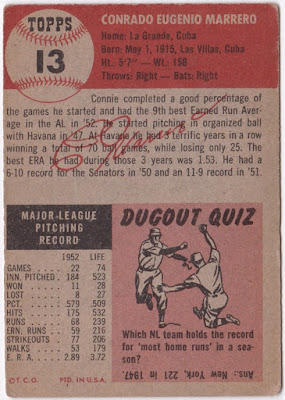 "His Walk About" - Morrero lasted for five MLB seasons, and never won more than 11 games as a starter, but he did make one All-Star team.  Had he made his MLB career prior to his 38th birthday his career numbers likely would have been more impressive.  Instead he tallied up a long career in the Cuban Leagues prior to finally making his way to the States.

"That's Not a Knife" - It's a mural in the Estadio Latinoamericano in Havana, Cuba, that depicts Connie Marrero.  Marrero is a well respected figure in Cuba, and cited as a link between the Cuban League and the Cuban National Baseball System that replaced it following the Revolution that brought Fidel Castro to power.  Marrero died in 2014, just two days shy of his 103 birthday.

"More of a love bite really..." - This card is off-centered, but not horribly.  That's about the only complaint I can find to make about it's condition. 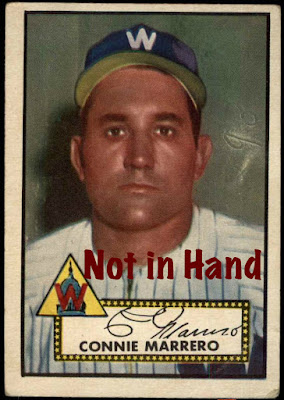