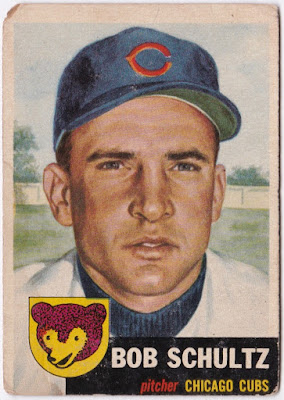 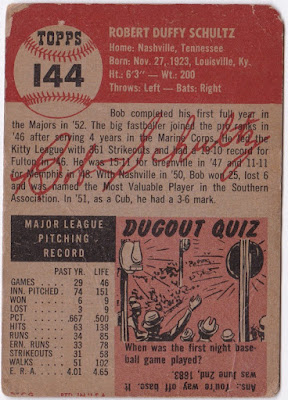 "His Walk About" - Bob Shultz went 9-13 and posted a 5.16 ERA over the course of 4 Major League Seasons.  20 of his 22 career decisions came during his two and half years as a Cub, but he also had brief stints with the Pirates and Tigers.

"That's Not a Knife" - Unfortunately, for Schultz, it was in fact a gun.  Schultz was shot dead at the age of 55 after a late night disagreement with another patron in VFW Post 3595 in Nashville, Tennessee.

"More of a love bite really..." - Other than some rather ordinary corner wear this card is in pretty decent shape.  It's a little off-centered (not a common issue with these 53's), but that's not really anyone's fault. 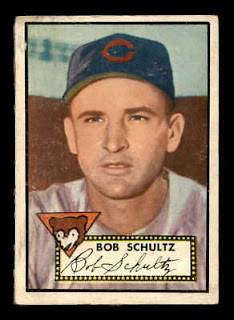