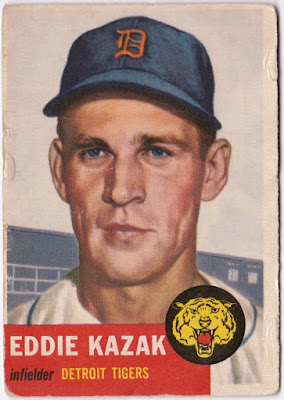 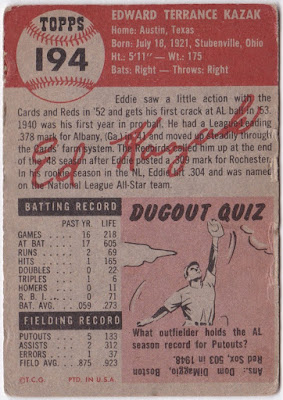 "His Walk About" - Kazak collected 165 hits and 11 home runs over parts of five MLB seasons.  Despite his limited career, Kazak did find his way onto an All-Star team in 1949 when he batted .304 with 99 hits and 6 home runs over the course of 92 games with the Cardinals.  He spent four of his four and half seasons in St. Louis, and wrapped things up with 13 games as a Red in 1952.  Despite what this card suggest, Eddie never appeared in a game as a Detroit Tiger

"That's Not a Knife" - It's a bayonet.  During the invasion of Normandy Kazak suffered a bayonet wound to his left arm and his right elbow was shattered by shrapnel.  Doctor's told him his baseball days were over.  Two years later he made his MLB debut with the Cardinals.

"More of a love bite really..." - The edges of this card show a little wear, and it's slightly off-centered.  It's really in pretty nice shape. 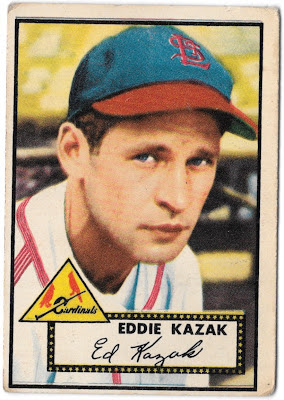