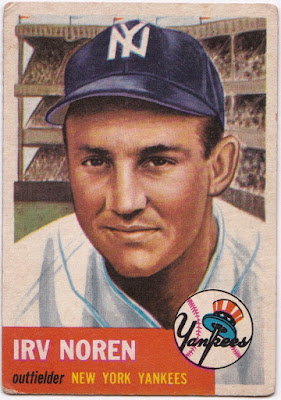 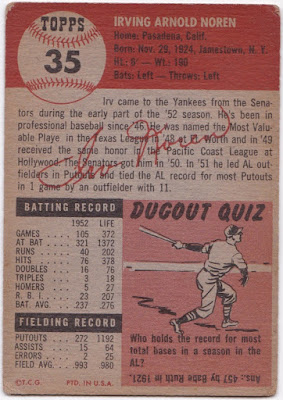 "That's Not a Knife" - Born in Jamestown, New York in 1924, Noren is another two sport pro, having played Professional Basketball for the Chicago American Gears.  A World War II vet, Noren would up his World Series Ring count to five by serving as the third base coach for the Oakland Athletics in 1972 and '73.

"More of a love bite really..." - This Noren arrived in my hands in really great shape.  It's nice enough that I don't even feel like nit picking.  Let's just call it a very nice card. 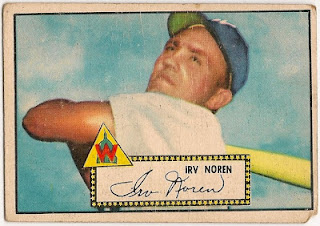