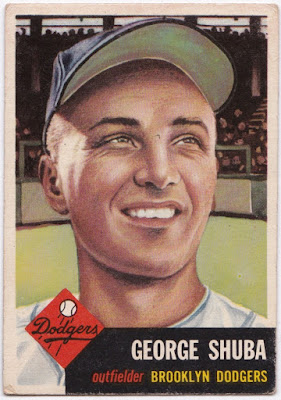 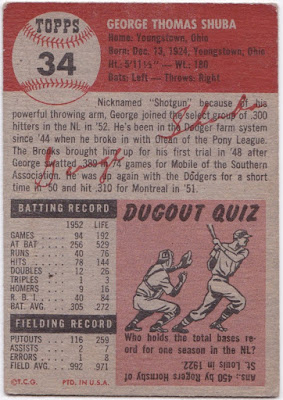 "That's Not a Knife" - The youngest of ten children, Shuba was born in Youngstown, Ohio in 1914.  His father had just emigrated from Czechoslovakia in 1912.  In 1947 Shuba was with the Dodgers farm club the Montreal Royals.  He was on deck when Jackie Robinson hit his first home run with the Royals, and his handshake with Robinson as he crossed home was picked up by the A.P. and became a symbol of racial tolerance. 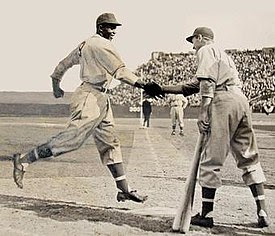 "More of a love bite really..." - This card is really in very nice shape.  I'm not sure what it looked like coming out of the pack in '53, but it couldn't have been too much better looking than it is now. 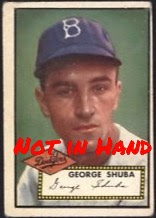