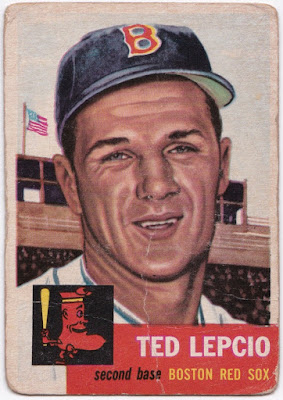 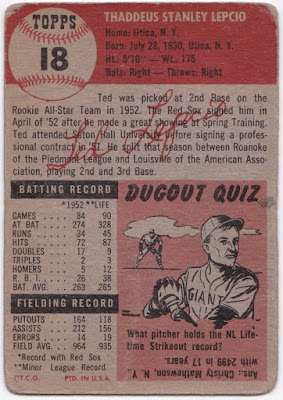 "That's Not a Knife" - Born Utica, New York, Ted attended Seton Hall.  He was signed by the Red Sox while playing amateur baseball in Oneida, NY, in 1951.  A year later he was in the majors.  He was roommates with Jimmy Piersall on the road, and is credited with often saving Piersall from being beaten up by other teammates in the book "Fear Strikes Out," which chronicles Peirsall's struggle with bi-polar disorder.

"More of a love bite really..." - This card has some pretty rough edges, which I'm quickly discovering to be a common theme among 53's, and decent crease running up about half the length of the card. 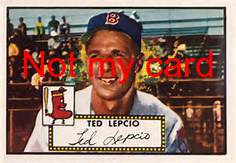